Rancho Vignola and the Parade Brigade 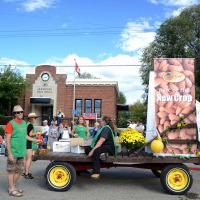 The Interior Provincial Exhibition (IPE) happens every September long weekend in Armstrong and let me tell you, it is a spectacle. Armstrong isn’t a big town, maybe 4,500 people not including the surrounding area. So when the town swells to host 150,000 people for five days, you feel like you are in a swarm of bees! I suppose that might be why the theme for the IPE this year was ~’Catch the Buzz’~.

Rancho Vignola has been involved with the parade every year for the past five or so years and, I must say, we just have such a good time! We give out little bags of trail mix to the folks watching the parade. Now, not everyone can have one, because there are sometimes up to 20,000 people at the IPE parade! Oh, but those folks that do get our little package of goodies love us! Well, at least most of them do. We often hear mothers say to their kids, “Hey, that’s Mom’s treat; you can have the candy,” or, “Ooooo, grown-up goodies!” Sometimes children will say, “Oh, it’s okay, I don’t want that. I thought it was candy.” This year, we had a little boy say, “Eeeewww, this has raisins in it!” So, much to our chagrin, not everyone loves our treats. 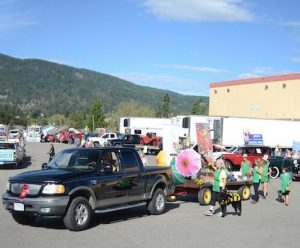 We also made a trip to Salmon Arm this year to be part of the Salmon Arm Fair parade for the first time. We had a great, sunny day for handing out our goodies to the good people of Salmon Arm and we again really enjoyed the whole experience. As my 11-year-old son said, “I just love making all those people happy!”

It does feel good… 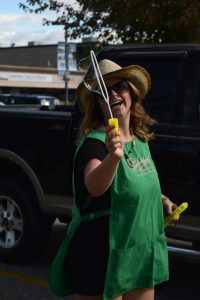 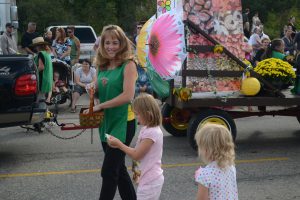