Walnuts: Rancho product of the month 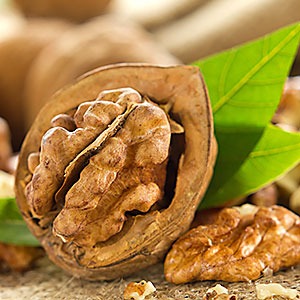 Walnuts are more like cashews in that they are drupes (fruit) and not botanical nuts. They have a thick green husk that is removed when ripened and then hardened, revealing a wrinkled shell.

Seed kernels are enclosed in a brown seed coat which contains the antioxidants needed to protect the nutmeat from rancidity caused by exposure to atmospheric oxygen.

The walnut tree is a slow-growing cultivar when compared to other nuts like the almond. The tree blooms later in the year than most and a young tree won’t produce a yield for three to eight years, depending on the climate conditions.

A commercial walnut orchard has a life expectancy of 60 to 100 years. In ideal conditions, however, walnut trees can live beyond 300 years! 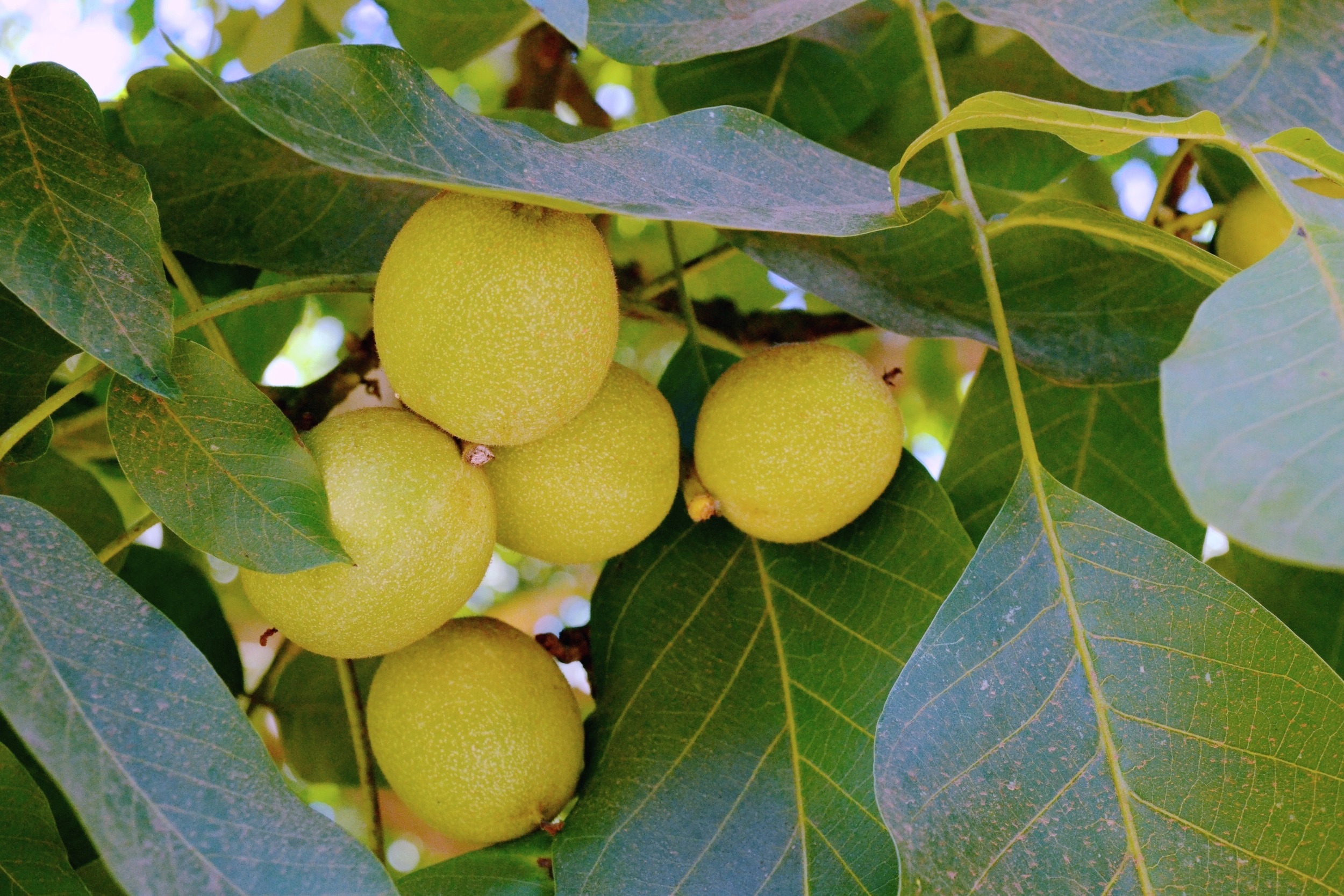 If planting a walnut tree at home though, it’s a good idea to plant it in relative isolation from your flowers or vegetable garden. Walnut trees secrete chemicals into the soil to prevent competing vegetation from growing around it. Survival of the fittest!

The most common walnut species is the Persian (also known as English) walnut. This cultivar is hardiest and produces the most yield. The black walnut, native to Eastern United States, is more content in a colder climate but is typically not grown commercially due to its hard shell and difficulty in hulling.

Global production of the walnut has China leaps and bounds ahead of every other nation as far as overall yield. World production in 2012 was approximately 3.2 million tonnes. China alone produced 1.7 million tonnes of that total. The next most productive countries are Iran, USA, Turkey and Mexico, each falling under a half-million tonnes. That being said, China may lead in overall production but European countries (particularly Romania) lead the pack in highest yield per hectare. 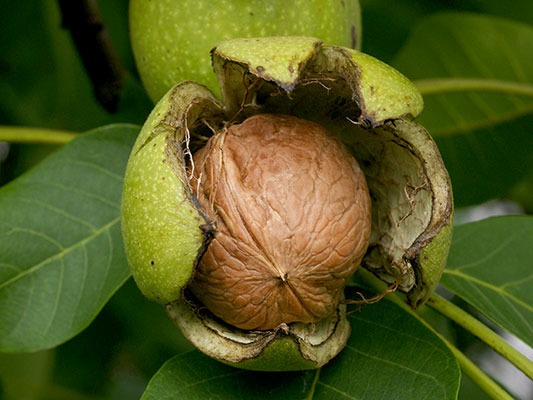 The United States is the world’s largest exporter of walnuts, with California producing 99% of the nation’s commercial English walnuts and three-quarters of the global demand.

Like a lot of nuts, walnuts have specific storage requirements to maintain their freshness. Cool temps and low humidity are key. Walnuts are susceptible to fungal and mould infestations if stored in the wrong conditions. When infested with mould, walnuts product a strong carcinogen known as aflatoxin. It is recommended that an entire batch of walnuts is discarded if mould is discovered.

The historical accounts of walnut cultivation dates as far back as 2000 BC, although archaeologists have uncovered ancient sites revealing that Europeans were roasting and eating walnuts as many as 8,000 years ago. This discovery makes the walnut the oldest tree food known to man.

It is thought that the walnut originated in ancient Persia, where they were reserved for royalty. The commoners were permitted to eat lowly nuts as acorns, but only the top of the food chain were allowed to eat such a highly revered nut. Walnuts were a commonly traded product along the Silk Road between Asia and the Middle East. As travel ability improved, caravans carried walnuts to distant places like Europe. Eventually sea trade became more possible and English merchant marines carried the walnuts to ports for trade around the world. This is how they became known as English walnuts, although England has never grown walnuts commercially. The Franciscan Fathers carried the walnut to the United States in the late 1700s where they began cultivation and propagation of a larger, hardier product. Black walnuts are quite cold-hardy in comparison to English walnuts, but they require hot summers for the nut to ripen properly.

The uses of the walnut aren’t just limited to eating. As a young fruit, the entire product, thick husk and all, can be pickled. Depending on the pickling solution used, the end product can be either sweet or savoury. The hard shell of the walnut has many uses, including as a repair method for wood furniture or as an exfoliant. The United States Army used ground walnut shells for cleaning aviation parts because it was cheap and not abrasive, alhough after a fatal plane crash in Germany in 1982, the practice was discontinued when it was discovered that walnut grit had blocked an oil port.

The husk of the black walnut is used to make ink for writing and drawing. The ink itself is long-lasting and has been used by the artistic likes of Rembrandt and Leonardo da Vinci. The husk is also used to make a brown fabric dye, and was used in making a hair dye in classical Rome and medieval Europe. Medicinally speaking, the husk of the black walnut has been used as a potential cure for cancer, to promote fertility and, in Romania, it was thought that it could prevent conception. 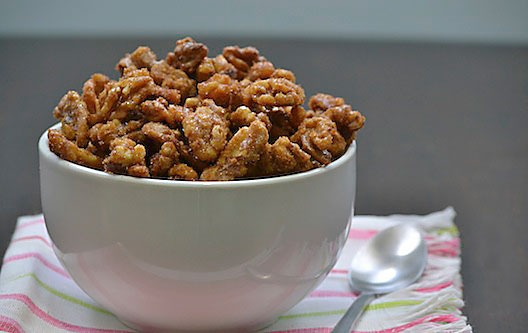 Walnut meat is rich in iron, calcium, zinc, manganese and copper, and delivers polyunsaturated fatty acids (alpha-linoleic, linoleic and oleic acids). It also happens to have a great earthy, rich flavour that makes it easy to take in a daily dose of vitamins and minerals!